In Indian subcontinent, spring comes every year in March with its magical touch that drives away the coldness of the winter and fills the nature with colors. Almost everywhere in this vast subcontinent, surroundings is filled with the sweet call of the “Asian Koel” ; “ko-eeul”, two syllables that is uttered at intervals or repeated in rapid series, increasing in pitch.
Since times long forgotten, Koel has found its place in literature, poetry, myths, tribal lore and traditions and admiration to be the harbinger of “spring”. The trembling notes of koel and the sweet fragrance of the mango flowers , together claims the end of winter and signifies the warm feeling of overnight burst of the Spring reflected everywhere in the arena of the mother nature .
If we turn over the pages to find this bird in the history, we see it was mentioned as “Kokila” in Sanskrit and also had mentioned its name with same veneration and reputation in “Manusmriti” like present days .The Vedas, Sanskrit literature dated to about 2000 BC referred to it as “Anya-Vapa” which meant "that was raised by others". This has been interpreted as the earliest knowledge of brood parasitism.
It has been chosen as the state bird by the southern Indian state of Pondicherry. 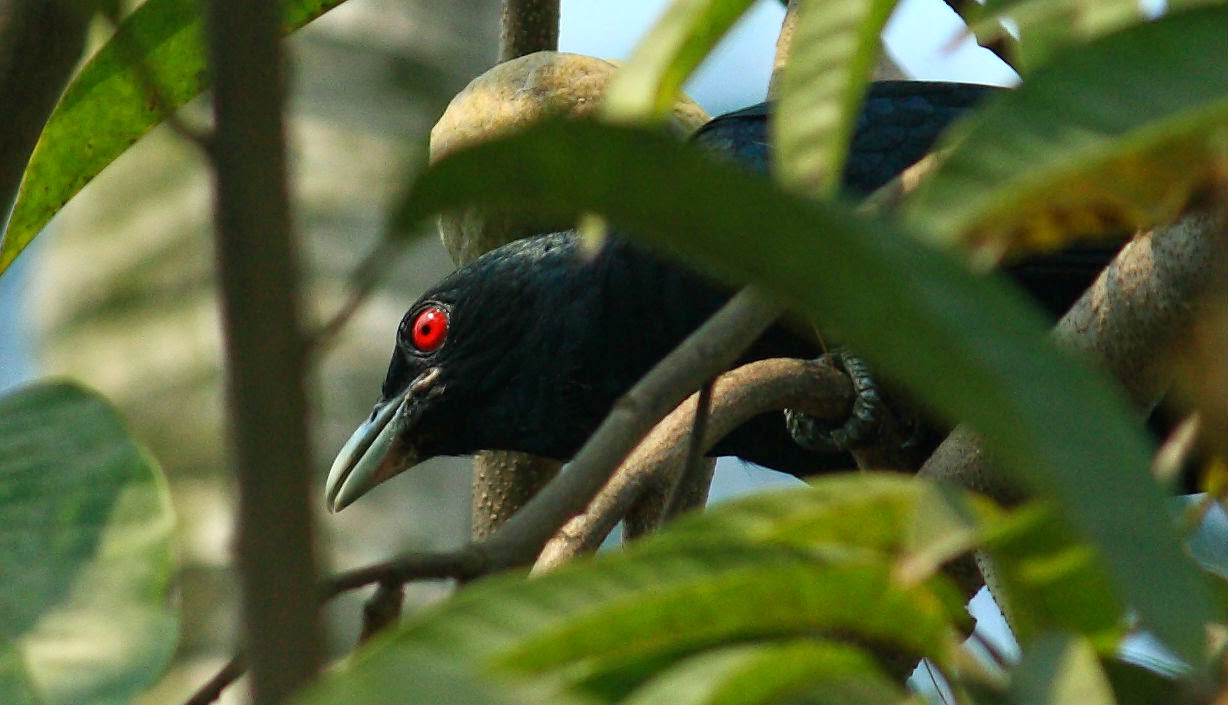 Length: 39-46 cm.
Description of “Asian Koel”:
Asian Koel is a large cuckoo.
Adult male has glossy bluish-black or greenish-black plumage having relatively short wings, but tail is rather long. It has a thick, large bill that is slightly down-curved and very pale in colors. Eyes are bright red. Legs and feet are pale grey.
Female is easily recognizable from its smooth brown upperparts, heavily speckled with creamy white. Under part is cream to whitish, finely barred with dark brown bars. Tail is barred dark grey and white. Crown is darker brown. Bill is pale greenish compared to the adult male. Eyes are red. Juvenile resembles female but it has dark eyes. 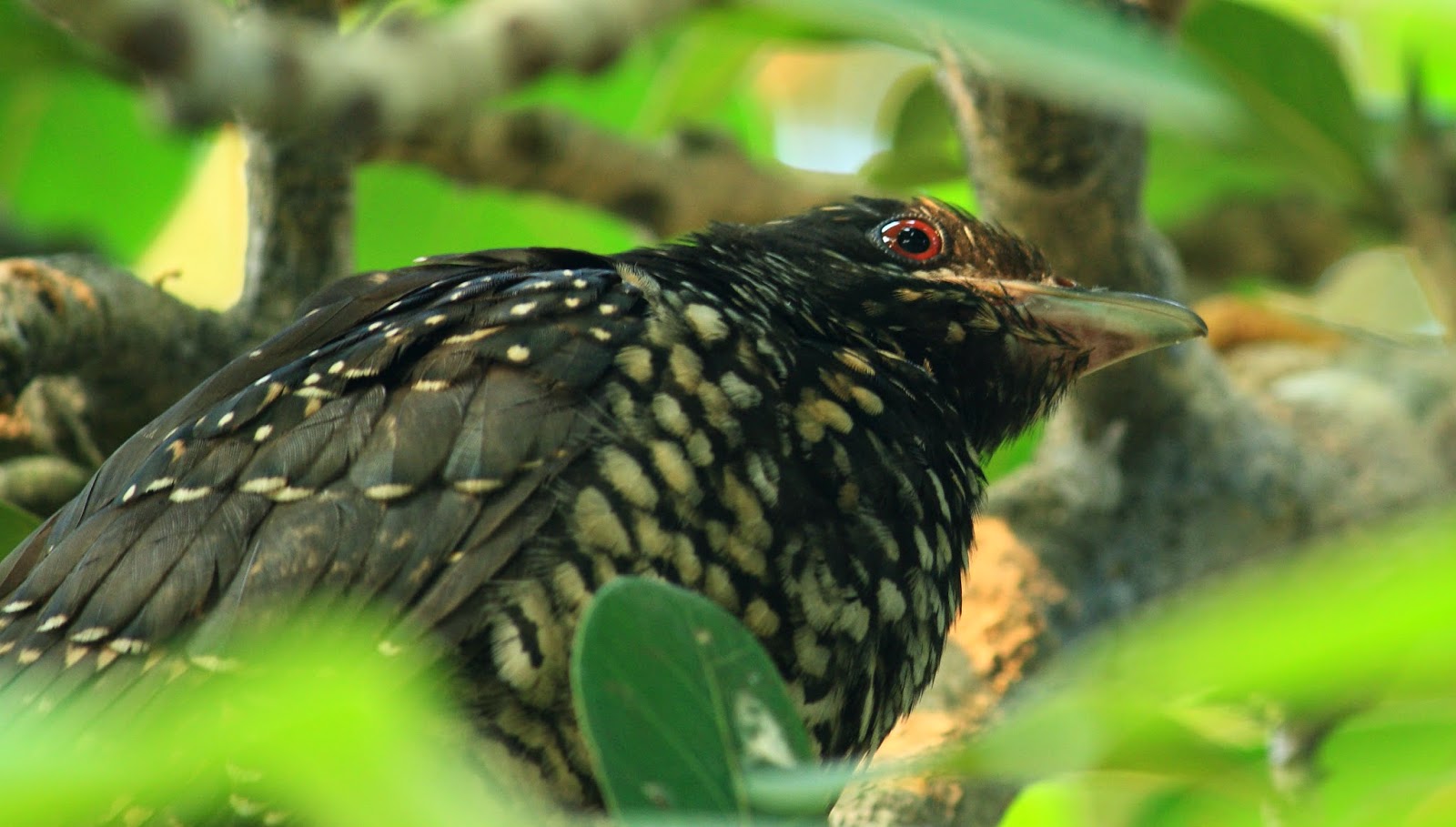 Behavior and Ecology of “Asian Koel:

Asian Koel is a shy bird, prefers to stay hidden in the dense vegetation. When it is quiet, not alarmed, it adopts a typical stance with long tail held downwards, hunched back, head and bill up tilted. It is an arboreal species.
Asian Koel doesn’t build any nest. It is a brood parasite like other cuckoos, and female lays its egg, usually one single egg, in the nest of other birds chosen by the male. They often choose crows’ nest.It is raised by other parents, often crows, and initially, young Koel calls as a crow!
If we want to seek the reasons behind this strange behaviour of choosing crows as a host, we can sum up some facts. The first is the similarities in the eggs. Asian Koel’s egg is similar in colour to the crow’s eggs. It is pale grayish-green or stony coloured, speckled with reddish-brown. But it is relatively smaller than host’s eggs. The second is the similarity in appearance of the juveniles between the koel and crow. Koel chick grows up faster than the host chicks.
Asian Koel is very vocal and agitated in courtship display period. If excited male sees a female, both initiate spectacular chases along large branches and among trees. They can be seen alone or in pair. It feeds mainly in the canopy of trees. It finds fruits (mainly figs) directly from the tree.

Asian Koel is often heard before seen; it gives its typical insistent call “ko-eeul. Male utters other calls such as “kuhu, kuhu, kuhu”, and loud, harsh whistles. Female has a rhythmic “wook-wook”, and short, shrill whistles.
Habitat of Asian Koel:
Asian Koel is found mainly in dense thickets of trees or bamboos, scattered in the country. It is also found in coastal mangroves’ edges, shrubby areas with tall trees, gardens and woods, towns and villages.

Asian Koel is found in Australia, India, from south-eastern Asia to New Guinea, and Salomon Islands.