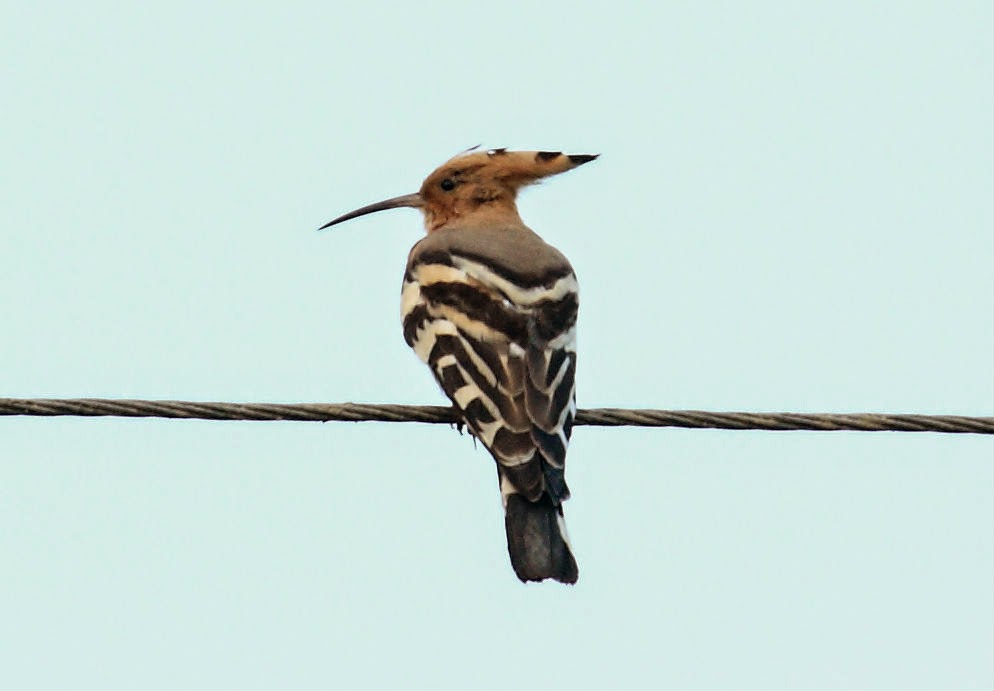 It is really a pleasant experience watching this bird in its natural habitat. It is indeed an exotic creation of “Mother Nature” with a distinctive colourful “crown” of feathers. I t belongs to family Upupidae.  In English, it is called “onomatopoeic”, like the Latin name “upupa”, which means the cry of the bird.
The hoopoe is the national bird of Israel.Hoopoe belongs to the “clade Coraciiformes”. Nine subspecies has been recorded so far. Credit goes to Kristin (in the 2001 Handbook of the Birds of the World). Among them, one insular species, the "Saint Helena hoopoe", is said to be extinct, and the "Madagascar subspecies" of the hoopoe is sometimes considered to a full species. 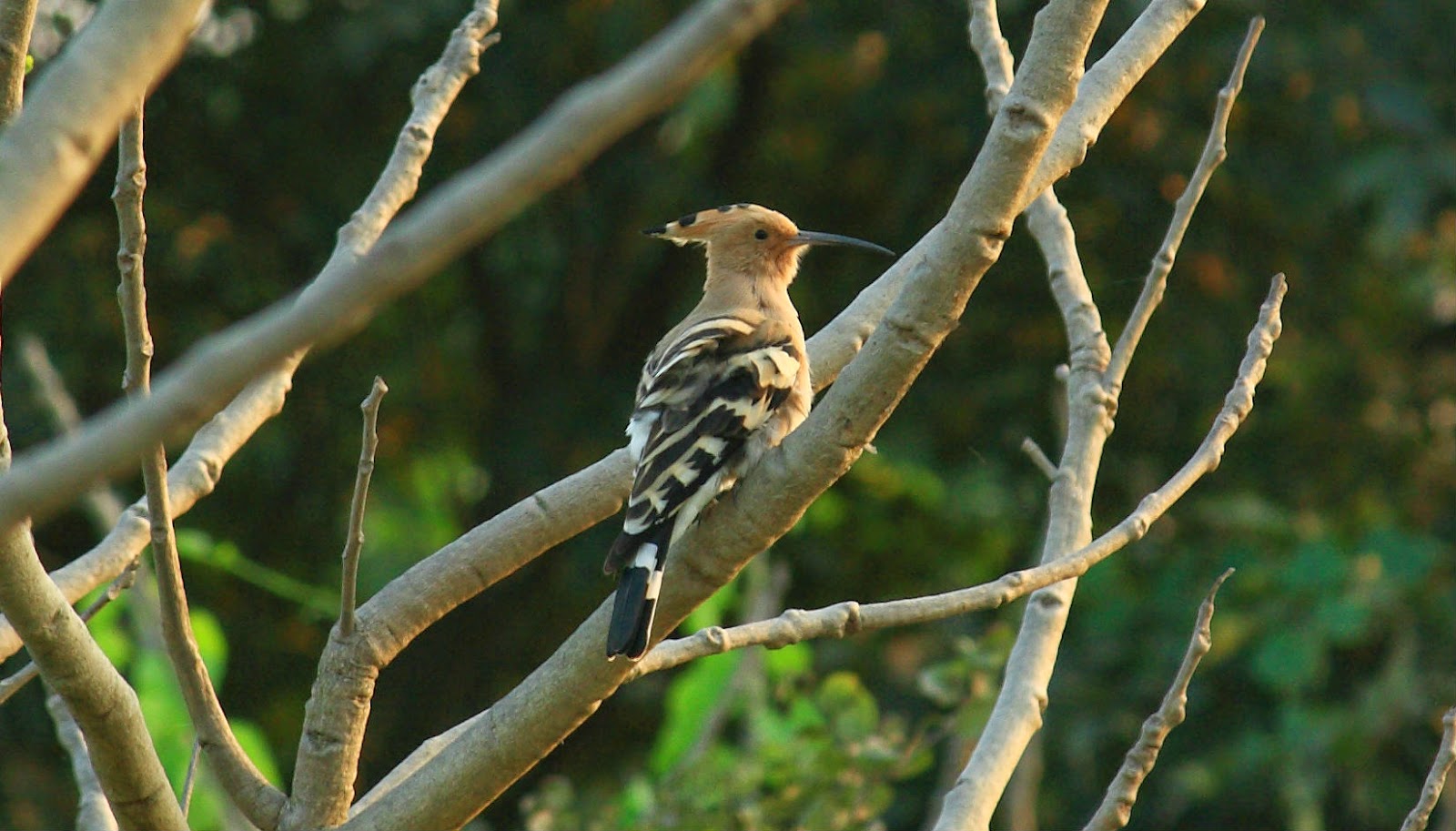 The hoopoe is a medium sized bird with a long thin tapering bill that is black with a fawn base. It has a pair of broad and rounded wings. Body is rufous –buff and both wings and tail are black with white stripe. The most remarkable feature of this bird is obviously its rufous coloured crest, with black tips scattered, that is usually compressed but raised in the time of landing or in excitements
Let’s spend some words behind this peculiar name and check the available theories.
The trisyllabic opp-oop-opp call may be the base of its English and scientific names, although some experts nourishes an different explanation behind the English and scientific name that they are derived from the French name for the bird, "Huppée”, which means crested. In Indian subcontinent, particularly in the Himalayas, the calls can be confused with that of the “Himalayan Cooko” though ‘cooko” produces four notes.

Where "Hoopoe" is Found? The Range and Habitat :

Hoopoe is a common bird in Asia, Europe, North Africa and also Madagascar. North Asian and European Hoopoes develop a habit to migrate to the tropics in winter.
Hoopoes like a short grassy land to forage. For nesting, they often prefer a hole in trees, cliffs or even walls.

Verities of Insects are always their favorite dishes, though small reptiles, frogs, plant seeds also belong to their food chart. Hoopoes mainly feed on ground. Head bobbing to and fro, they stride over the ground searching for food and from time to time, stop to probe the ground with their bill.

Hoopoes are usually monogamous. Eggs are round in shape and milky blue. The female alone takes responsibility of incubating the eggs. Chicks hatch after a 15 to 18 days of incubation.

We found "Hoopoe" in the mythology:

Since a long time forgotten, we, human beings, have been familiar with the name of the “Hoopoe”. We have discovered from the depiction in the walls of the tomb that people used to worship this bird in the ancient Egypt; obviously, it was considered to be sacred for some unknown reasons.  We also found the name in the “Bible”. In “Quran”, we see “hoopoe” is known as “Hudhud”. A strong tropical cyclone has been named after “hudhud” that hit a wide range of India and Nepal   very recent. In the ancient Persia, Hoopoe was considered to be a symbol of virtue. We see hoopoe is the leader of the birds in the lore written in the book of poems the conference of the birds. In the ancient Greek comedy, the birds by Aristophanes, we see again hoopoe is the king of the birds.